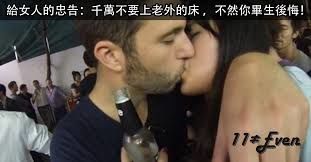 James McElvar said: "I knew something was wrong early on as I just couldn't breathe properly - I thought I was having a heart attack".

A teenage boy band singer who collapsed through heat exhaustion after wearing all his clothes to avoid paying an airline fee has spoken of the "nightmare" moment he fell ill.

James McElvar said that he felt he was left with no option other than to put every garment of clothing on after he was told he would have to pay a 45 charge as he was carrying too much luggage.

The 19-year-old, a member of a band called Rewind, said that after being told by Easyjet staff at Stansted Airport he would have to pay the fee, he decided to beat it by putting all his clothes on and going to his seat.

He told the Mail Online: "It was impossible to walk, I could barely get on the plane. I wanted to take them all off as soon as I got to my seat - beside which was a spare seat that I could have sat one of my bags on - but was told I had to wait until we were up in the air."

After getting to his seat, James, who had been travelling back to Glasgow with other members of the band, began undressing but found his body temperature had sky-rocketed, leaving him feeling unwell.

He said: "I knew something was wrong early on as I just couldn't breath properly I thought I was having a heart attack.

"It was a nightmare. I passed out twice and was taken off the plane at Glasgow Airport to a waiting ambulance."

The teenager had squeezed himself into the entire contents of his rucksack, which contained four jumpers, six t-shirts, three pairs of jeans, two jogging bottoms, two jackets and even two hats, rather than ditch them.